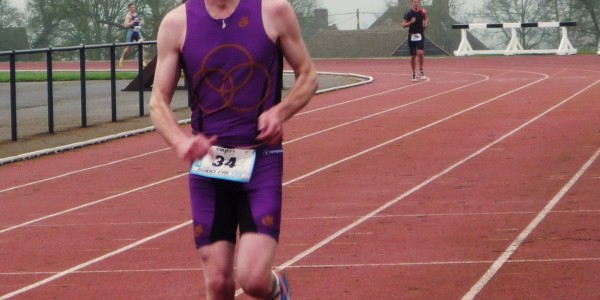 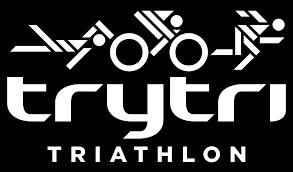 This was my second race of the season, but the first triathlon of the season.  Could I still put all three disciplines together??  This was a sprint distance(ish) pool based race with a 400mtr swim, 24K bike & a 5K run.

Unfortunately we had a 4am alarm call & departed at 5am.  We made good time to Abingdon because there didn’t appear to be many others on the road, except for lorry drivers.  We even had time to reccy the bike course.

The Race HQ was at Radley College so registered & then headed off to transition, which was spread over various locations around the sports centre, i.e. patches of grass here, patches of mud there & patches of anything else in between.  They even set up part of the transition in the old sports hall.  I decided to position my bike near the bike run out.  This didn’t make any difference to the logistics as you had to run all the way round the transition area before getting to your bike anyway.

I arrived at poolside in plenty of time to pick up my chip (not the edible type) as Trytri send waves off differently compared to what I’m used to (they start with the quickest athletes first then finish with the slowest!!!)

I watched the first wave, which started at 8am & I was in the second wave at 8:10.  The thing I learnt from watching the first wave was that when exiting the pool & heading off to transition, to walk, not run, as one guy from the first wave ran out & went arse over tit. My wave headed off on time for 16 lengths of a 25mtr pool.  I felt that I swam quite well but didn’t catch anyone & didn’t get overtaken (there were 4 people in my lane).  Coach 2 told me I was second out in my wave & had a long run through transition to pick the bike up.

I decided to go hardcore today.  No socks, no gloves, no arm-warmers.  Would this be a wise decision or not. Only time would tell.  The guy that exited the swim first in my wave, I could see him in the distance on the two lap bike course, but he was coming back very slowly.  It took until the start of the second lap for me to catch him.  The course was mainly country roads, a bit technical at times & one good quality road to get back to the sports centre.  Half way through lap 2 a group of three overtook me & I did a couple of overtakes myself but in the end I wasn’t getting anywhere so settled down to do my own race.

Into T2.  Another long run around transition to rack my bike.  This is where my first issue of the day came to bear.  I went to rack my bike with the saddle facing forward but I then realised after it nearly fell on me why it wasn’t hooking over the bar, the front wheel was hitting the kerb which wasn’t allowing me to rack it so I did a quick turnaround with the bike, this time facing outwards.  Then came the second issue.  I couldn’t undo the buckle on my helmet because my fingers were so cold, but they didn’t feel cold during my ride!!  After what seemed an age, the helmet finally came off & then the third issue was I had trouble putting my shoes on as I was a little bit wobbly on my pins.  After all of that fluffing around, two people had left T2 in front of me.

I headed out onto the two lap run which consisted of a road section, a field section with lots of mud & puddles, a sports field & a running track.  I was so pissed off with T2 that I left like a scalded cat but I managed to get one back, but it took a little bit longer to get the second one back however I seemed to be running quite well.  I got overtaken on the second lap by a couple of quick boys from the first wave & then nearing the finish I think that I got overtaken by one from my wave.  But I had a good finish along the running track to end a good day & a good race.

Although the sky was very grey, the rain held off until after I had finished my race, but the roads were very greasy & dirty due to the rain overnight.

Swim – 6:18 (which included the walk around the pool, up three flights of stairs to the entrance of transition – Pos:  21st)

Overall – I am really pleased with my swim & the Easter Egg at the finish line.

Note to self – make sure that the bike can be racked in both directions & to get some heated tri bars (is there such a thing!!!!!!!)