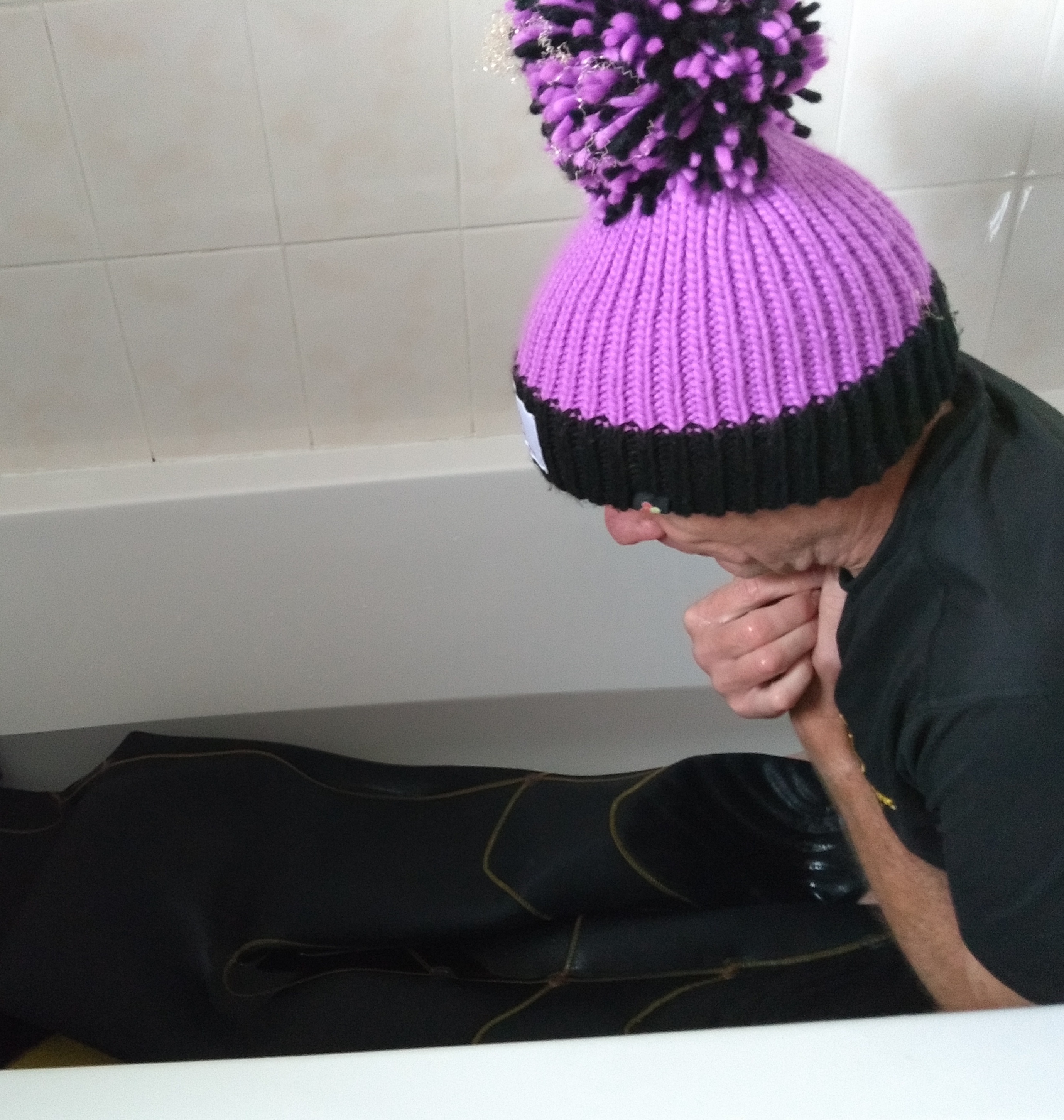 As this middle distance race is run on a Saturday, we headed off to Woburn on the Friday.

We got there around lunch time & did a reccie of the bike course first only to find out that (a) there were three right hand turns, (b) the road surfaces weren’t the best & (c) that it was quite a technical course, which we would have to do three times, then to complete the full 56 miles, there was a small loop inside the estate before even getting on to do the road bit.  After the reccie, we headed off to registration & the race briefing before going to check into the B&B & then dinner at the nearest pub.

Race day dawned with the alarm going off at 5am.  Admittedly I wasn’t in the lake until the second wave at 8:05am but as the road was going to be closed in parts of the course, with a diversion in place for everyone competing after the 7am cut-off time before the closure kicked in, we wanted to make sure that we got there & parked up before 7am.

The transition area was in front of the beautiful Woburn House & overlooking the lake.

As for the swim, at the beginning of the week the water temperature was 19.3, but by the time that I get in it on the Saturday morning it was 16 degrees, so it was a bit on the cold side.  As for the swim itself, I always like to start at the front of the line, but wide, so I did my normal start & to my surprise, I got to the first buoy first.  I continued swimming, all the time waiting for the mad rush of the quicker swimmers to overtake me but I got to the end of lap one & no-one had overtaken me.  I got to the end of lap two & still no-one had gone past but then half way through lap three, some numpty decided to start tapping on my feet so I was thinking to myself – why?  There was loads of space to overtake me so that is what he eventually did so then I just sat on his feet (not literally) & he towed me to the swim exit.

I headed off into & then out of T1 in first place then out onto the bike course.  As described above, this was a three lap bike course with the first bit around the grounds of the estate.  I had a bit of a problem on the first lap as I must’ve gotten so cold during the swim that I couldn’t take a drink as my mouth & chin were quivering so much from the cold.  My middle was also getting very cold but I had to endure this unfamiliar feeling until I started to warm up, which was nearly at the end of lap two.  I was on lap three when I finally started to feel a bit more normal, well as normal as I can get!!! 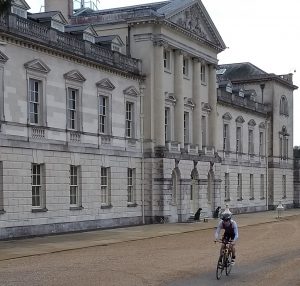 Into T2 for a quickish transition before heading off into the unknown of the half marathon.

As my longest runs have only been for one hour & my brick sets were three hour bike & an hour run (once a month), I knew that this would be the most difficult part of the race & it was proved to be right (I was working off of last year’s run time of 1hr 45mins but, as I haven’t done this course before, I didn’t know what the run course was going to throw at me).  The four laps of the out & back course consisted of six gradual climbs per lap, so I knew that it might be a bit beyond a 1:45.  By the end of lap three, things were starting to fall apart.  Quads & Hammies were hurting so badly, but I just managed to hang on to a very slow run to the finish, which was up a very steep hill (which the organisers wanted everyone to sprint up as the winning time up this hill won a wetsuit – as you can probably guess, my time was not the quickest [damn]). 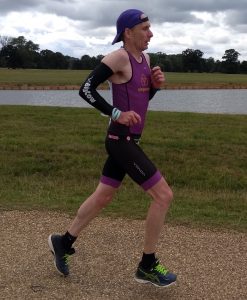 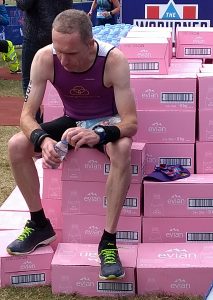 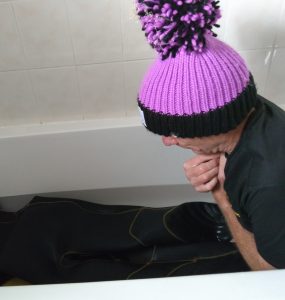