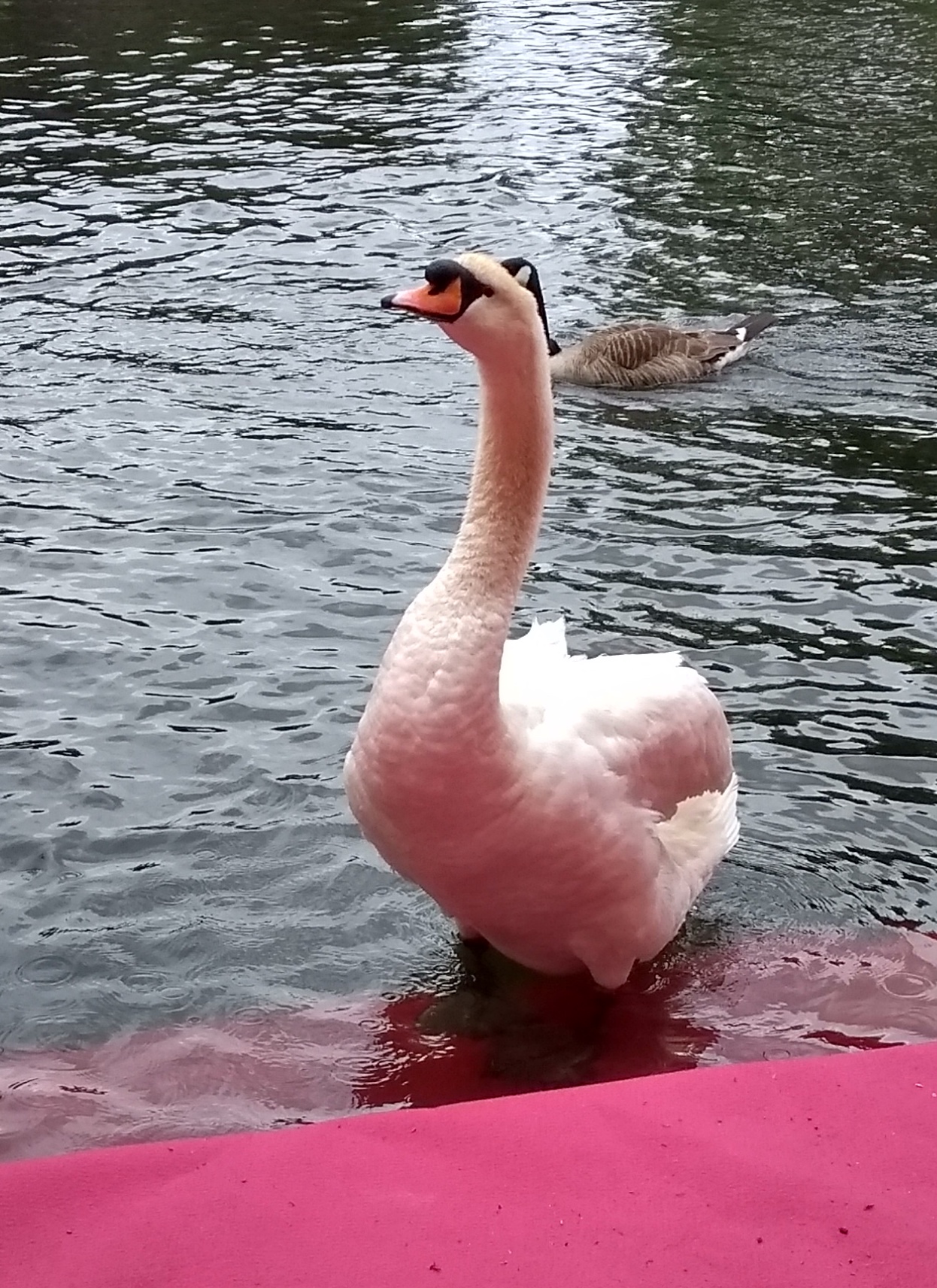 This is an old favourite in the UK racing & Graham’s calendar.

We did our normal procedure for a Sunday race, which is:

On the Saturday Coach 2 stays at home to do the packing while the senior fitter athlete goes off to do an hour swim at Ringwood Rec.  We then travel up to Windsor, reccie the course which was important this year as they had changed both bike & run routes since I last did this race. We then registered, booked into our hotel, had dinner then bed as our get up time was 3am!!!

We had to be up at this time because I was in the lovely River Thames at 6:24am (Wave 7).  I always worry with this race when I enter transition to see if my pride & joy is still on the racking as we had to rack Saturday.  No-one was allowed to cover their bikes because the “Queen was home & this is her back garden”.  So I set up transition, check the Ins & Outs as there were 2,500 athletes so it was quite a big transition area to check.  I was also worried what the weather would do as it was not going to be very nice (i.e. strong winds & lots of rain the days prior to the race & also forecast for Sunday’s race – & would it be turned into a duathlon again).  Yes, it rained whilst I was racking but luckily enough for me, the Marshal had directed me to rack my bike under a lovely big tree (yay – my pride & joy should stay dry).

At 3am race day dawned, well not quite yet, & we headed off to the race venue.  I entered transition wondering if my bike would be wet.  Yay again – my bike was nice & dry which, considering all the rain we had overnight was quite an achievement. Thank you tree.

We headed off to the swim start, which is a 10min hike away from transition.  This is where it gets a little bit confusing.  The race I had entered was the Windsor Classic Triathlon which was for people who could go sub 2:30 & would like to swim with the elites, so I thought that I would have a bit of that.  Once we had entered the water we found that our first issue was that if we stayed still (well as still as you can expect with a strong current!!!), we headed up the river past the starting buoy so we had to keep back pedalling (so to speak) to stay in line with the buoy.  I also decided to start a little further back in the pack to avoid being swum over, but yet again, within the first 10-20mtrs I had to stop & recompose as I can’t seem to get my breathing correct.  However, once I had this under control I was off again & whizzed up to the turnaround point but then struggled with the last 400mtrs as we are now swimming against the current.

Into T1, which takes ages as you have to circumnavigate the whole transition area.  I had no trouble in finding my bike as it was under the big tree.  I then had another 400mtr run to get to the mount line then headed off onto the one lap course around the leafy country lanes in & around Windsor. 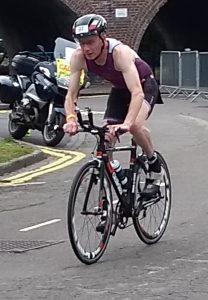 Within the first half mile I had to go over 26 speed bumps, which I managed to do OK but some people found this a bit difficult.  I also started to catch some of the Sprint Race athletes who had started in the Waves before mine.  When I had crested one of the climbs I was a little bit annoyed & frustrated  because once I had reached the top, four athletes overtook me riding nose to tail, so I thought “where is the draft buster when I need one!!!”.  However, whilst I was reducing speed I had a couple of looks behind me & luckily enough for me there were headlights in the distance from a draft buster motorbike so I signalled to him.  He overtook me & got the the four & had a word.  In the meantime, I had picked up speed & had gotten in between the four athletes & the draft buster & then carried on my merry way.  The next incident was when I had to do a lane change to turn right at a roundabout, I looked behind me & one of the four athletes was within touching distance of me.  Now he is taking the piss.  Apart from that, the final bit of the bike course was excellent as you can top out at 40+ mph descending back towards the Castle. 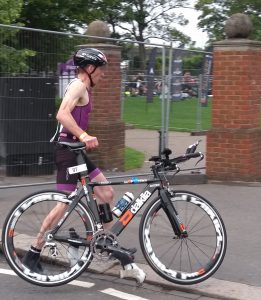 Into T2 with not such a long run this time but it was now drizzling with rain – up until now it had stayed remarkably dry!!!.

I then headed off onto the three lap 10K run. 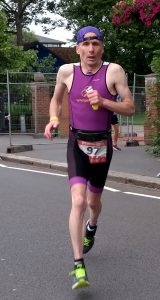 New for me with this race was that it included the Long Walk, which was an out & back run.  This new run course still included three runs up the hill around the Castle.  By now the heavens had opened & it was chucking it down.  Coach 2 was out on the run course underneath her umbrella giving me encouragement. 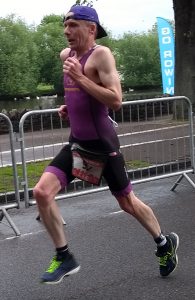 By the end of lap 2 the run course was getting very busy due to most of the Waves now being on the run, but I felt good within myself.  The run time isn’t that quick, but my running these isn’t that quick either, but I was pleased with the way I ran.

Overall position in the whole race, including the Classic, was 59th & 3rd in my age group 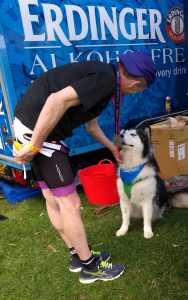