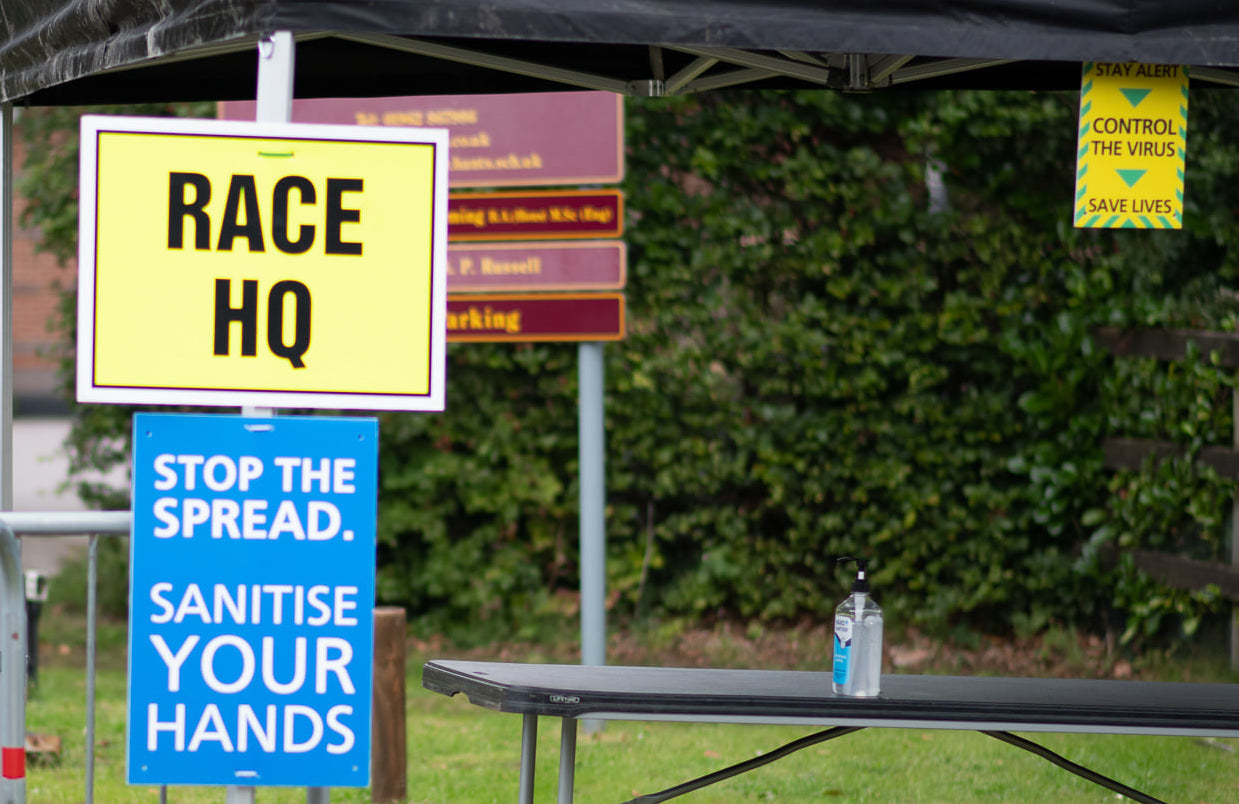 Right, here goes.  I haven’t written a race report for coming to a year now so might be a little bit rusty.

Anyway, due to Covid-19, things have been a little bit different.  The training has been going well.  Swim training 1:15 for 100mtrs, bike holding 250 watts for an hour & running 3.15Ks (then I hear Coach 2s voice saying “Gra, wake up.  You’re dreaming again).

As for the race, we drove up to Winchester early to do a reccie of the bike course as I haven’t done this race before.  I was glad that we did as there were a good couple of hills & several narrow roads with grit & gravel on them.

Transition was set up OK, so I hadn’t forgotten how to do that.  It was also the first time that I’d had so much space around me & my trusty steed with two bikes per rack (bliss). 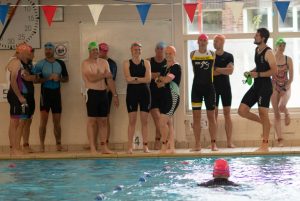 I was in the pool at 8:08:20 (to be precise) for a 400mtr swim.  The first couple of lengths felt very strange as all of my swimming has been in the sea.  It eventually went OK.  There was quite a long run into transition & then an even longer to the mount line (due to transition being so big). 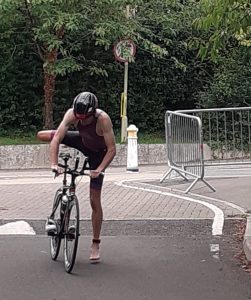 I then headed of onto the two lap, 22K bike course.  Nothing untoward happened but had a good race with one other guy that kept the bike ride honest up & down the hills.  I also didn’t have any problems with the two sets of traffic lights.

Then into T2 where I thought I had dropped the guy I was with on the bike, but he caught me back up about 400mtrs on the run & throughout the run, I just manage to stay within 5mtrs of him but was unable to overtake.  The run course was a mixture of road, track & playing field but the running felt OK. 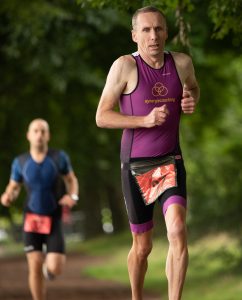 Conclusion –  I am so happy to be back racing & with a good result to go with it.