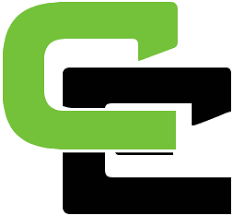 The really early morning alarm call is slowly but surely becoming a habit with yet another one.

This time we got up at 4am with the aim of being on the road by no later than 5:15am.  We were out by 5:05, so not bad going for the slightly bleary eyed Coach 2, who stayed up to watch the match against Ukraine plus the loud musical session that was being played by the rain drops falling onto various tinny garden items in next doors garden when the heavens opened around 2:30-3am

Anyway, with the sky looking ominously grey we headed off in the direction of Swanage.  The last time we went to Swanage to do a triathlon was in 2007 so the swim, bike & run courses had been changed quite a lot since then, but I had a fair idea of all the changes as I had done a lot of training around that area.

Setting up transition went quite smoothly as there were five races going on at the same time, so it was quite a big one & well spread out.  As I was getting ready for my warm up swim, I heard that there are seals in & around the bay (but no sharks).

Warm up done.  As for the swim, there was no mass start this time, just a rolling start with about 15secs in between each athlete.  It was a one lap 1500mtr swim & I was fifth person off in my race, but within 10mtrs of getting into the sea the person behind me (Mr Toby Hood) came flying past me (things never change).  Half way through the swim I heard a lot of shouting so stopped swimming & had a look around.  They weren’t shouting at me but they were trying to get another athlete back on course who was blindly heading off in the wrong direction.  On the way back to the swim exit I managed to overtake a few people but couldn’t tell if they were in my race or one of the others (oh & besides the swim being short, there was no sign of any seals either).

A steep run up to T1 where Coach 2 told me that I was second out.  Not bad for a mediocre swimmer. 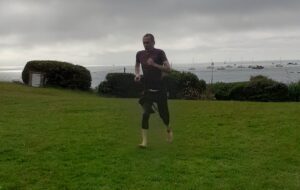 I exited T1 for a one lap 40K bike which included a lot of climbing. 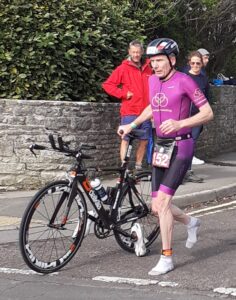 The first issue was traffic lights 400mtrs into the bike ride.  My Cavendish sprint was too slow so I had to wait for at least a minute.  In the old days I would’ve gotten very frustrated, but I just held onto the road sign & bided my time thinking that someone would’ve caught me up by now.  Anyway, onto the first climb, which was up to The Scott Arms pub at Kingston but had no time to stop for swift pint of orange juice as I headed off down the hill towards Corfe Castle.  I took the descent very careful because there was a man who had obviously binned it, sitting on the roadside.

Headed through Corfe Castle & then the trip to Wareham roundabout & return back to Corfe, & still no-one had overtaken me.  We turned left at Corfe & started the long climb up to the viewpoint overlooking Poole & Bournemouth.  I know this road very well because back in the day I did lots of time trials along this route so I eased myself into the climb ready for the real steep bit at the top.  Turn right & descend back into Swanage & to T2.  Still no-one had overtaken me.

Headed back up the way the bike course comes into Swanage, through the aid station where I had one gel & a cup of water.  Now the course gets really difficult.  You turn right after the aid station, through a swinging gate thingy & then ascended the steep hill up to Ballard Down.  There were also about 100 steps (this number is very approximate as obviously I was too knackered to count them) & at this stage I was walking.  I got to the top & over a stile & then the undulating run across the top of the down to the turnaround point & then half way back the way we came, hang a left & down a really steep, rocky, unstable descent.  Obviously I didn’t go too mad & had to walk some of it but once I did reach the bottom & hit the road I started to get my running back to normal for the run to the finish line. 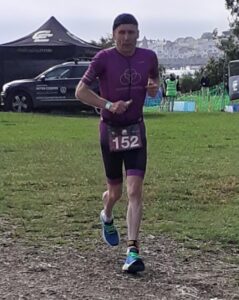 By this time about half a dozen plus had overtaken me, which was only to be expected, but I thought it would’ve happened much earlier.