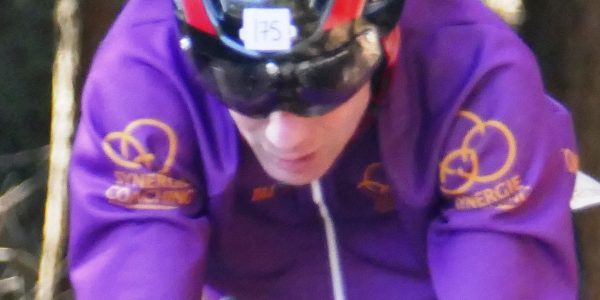 This was going to be my first proper test.  It was not quite full Olympic distance as it was only a 600mtr pool swim, 28 mile bike & a 5.5 mile run, but I wanted to see how my legs would carry me on the run after the bike on this testing course.
My wave was in at 8:35am, which was the second from last wave, but the only problem with this was that I had to get up at 5am as I had to register, rack & get out of transition before 7:10am.  Once I had done all of that I found myself a quiet corner & just sat & contemplated the day ahead.  Everything had been going well with training running up to this event & I did my usual mini brick set on the Saturday.
As for the swim, I did 24 lengths of the Ringwood Recreation Centre’s pool.  There were three people in my lane & I was the third one off & within 25mtrs I had already caught the man in front of me (I don’t think that he should’ve been in this wave as I overtook him another two times!!) but he didn’t cause me too many problems.
Out of the pool & onto the bike but fully dressed in socks, winter jacket, toe warmers & two pairs of gloves as the temperature hadn’t gone above freezing, so I erred on the side of caution as I have bigger things to look forward to.  What I didn’t realise at the time was that Scott & Di had rocked up to watch the event & as I was exiting T1 Di bellowed at me which gave me a bit of a shock (Scott told me after the event that I did the swim in 9:09).

The bike route was one lap around the beautiful New Forest.  Myself & another gentleman rode the first four miles fairly strongly, overtaking four other people that weren’t quite as well wrapped up as me.  Shortly after that I thought there was another event on, i.e. a three up time trial, because they overtook me so close together which was a little bit annoying.  Two of them disappeared into the distance & the other one was better on the flat as I had to chase but could drop him on the hills.  Everything was going well until about four miles from the end of the lap when every triathletes nightmare happened.  A rear wheel puncture.  I was a little bit gutted but just got on with it.  I pulled off onto the right hand side of the road & hid behind a conveniently placed car.  The reason behind my thinking was that I couldn’t watch all of the athletes pass me (10mins to fix said problem).  I was then back onto the bike & then into T2.  It was a good T2 & then headed off onto the run which was a one lap affair.
I managed to catch one bloke fairly early into the run, but he was walking.  The next thing I knew was that a speed demon from the last wave cruised passed me then half way through another quick guy overtook me & I had no chance of staying with him.  I then overtook one other guy (he was walking too) so I had quite a lonely run really.  Yes, it wasn’t fast but it felt like I was running OK (thank you Lou for the drink at your station & your support).