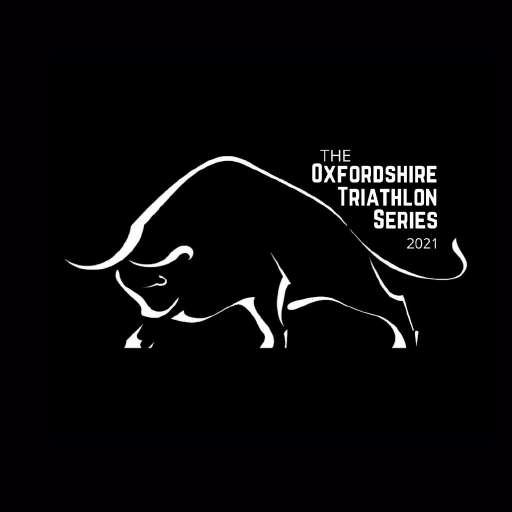 As I have never done this race before, I thought that I’d give it a try.

The swim was a two lap lake swim but we were still doing individual rolling starts because of Covid, but a different way of starting as we had to sit on the pontoon & lower ourselves into the water before starting our race but because the Race Organisers didn’t let us have a warm up swim beforehand, it still took my wimpy body a little bit of time to acclimatise to the water temperature.

The first lap was OK but where I started within the first 10, by the time I started my second lap most people were now in the water & I had to do some dodging & weaving to complete the second lap. 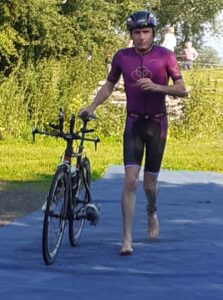 Onto the two lap bike course which consisted of a little bit of fast main road, turning off onto quite a lumpy middle bit of the course & the final bit of the lap was down quite a twisty country lane so I had to be careful.  Then I got overtaken by a Spanish guy in the first lap with the name of Gomez (ummm, I thought that he was supposed to be in Tokyo!!!).  Anyway, the second lap was a bit of a battle with some guy who liked to push a monster gear on the flat, so I struggled to keep up with him there but when it came to the lumpy stuff, I was in my element & made some time on him into T2.

Exit T2 & onto the two lap run course, but not having done this race before, I wasn’t too sure what the run course was like, but once I got on it it was not to my liking as it was all off-road around the perimeter of the lake.  It was bumpy, uneven, grassy, hard compacted tracks & tree roots everywhere, but I muddled my way through this & just knuckled down & got on with it but just very slowly, even though I was constantly being overtaken which doesn’t make me happy ☹ 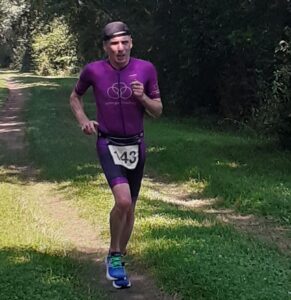 Because it was so hot by the time I finished the race, my post-race cool down this time was a 10min dip in the lake (highly recommended) 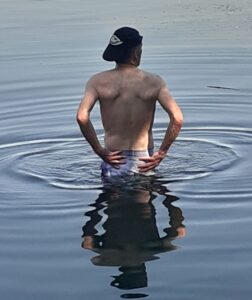