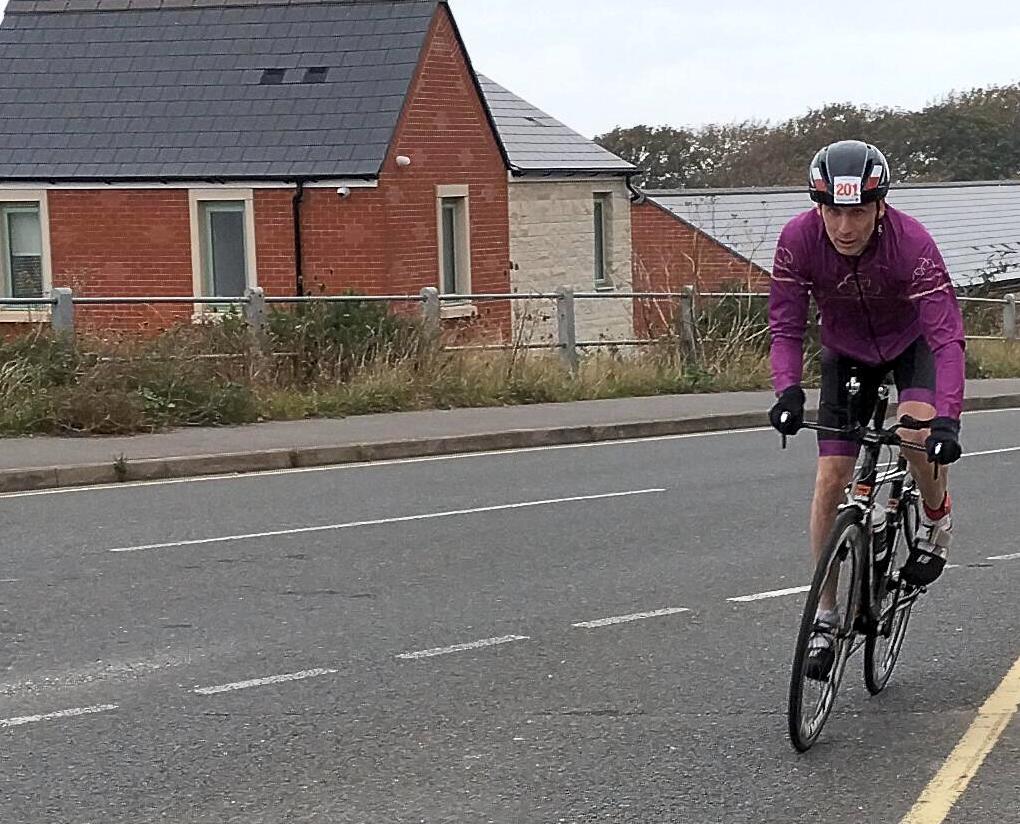 We had yet another very early start, i.e. 3:50am, in order to get to Portland before registration cut off time of 6:45am

Then out of what was a nice warm pool & into the cold autumn air, & with me being a bit of a bit of a softie, put socks, gloves & a thin cycle jersey on for the bike ride which is best described as up a very steep hill, a quick descent down to Portland Bill then turn round, climb back up the hill you’ve just descended then down a quick steep descent back to the sports centre & into T2 where myself & Coach 2 had planned that for me to only take off my gloves in transition & then 400mtrs into the run, neatly deposited the bike jacket at Coach 2’s feet. 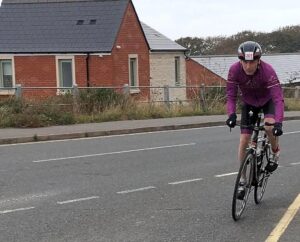 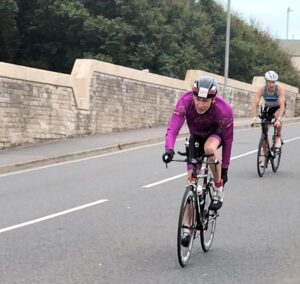 I struggled a little bit on the off road section of the run but once on the solid stuff I was flying (well maybe). 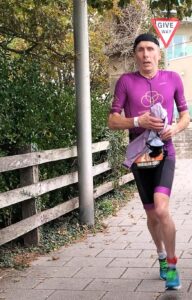 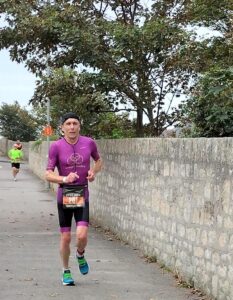