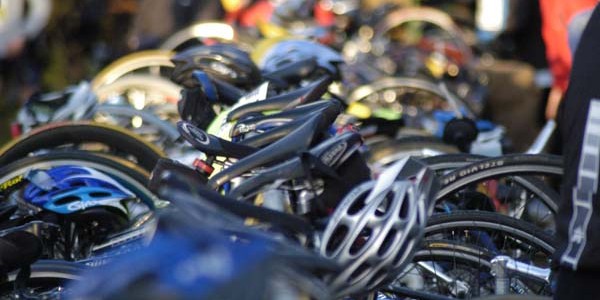 This was my first triathlon of the year and was originally scheduled at the beginning of the month but low water temperatures had forced a postponement.

Many athletes chose to pull out of the event and take their refunds but I needed the race practice. So on a bright and breezy Sunday morning I lined up with about 70 others beside the grey waters of a gravel pit at Dungeness. I am not sure getting into a lake at 12 degrees can be classified as a ‘warm up’ but that’s what we did.

The swim was uneventful but the cold  conditions resulted in a long transition as I fumbled to get my hands into bike gloves. It took me about 20 minutes to get my body temperature up on the bike but I then settled into a rythym and enjoyed the Kent countryside in the morning sunshine. T2 was a slicker affair before embarking on a flat, rural half marathon. All pretty uneventful as I had decided just to settle into my own diesel pace and avoided individual duels.

I finished comfortably enough in 5:15:43, 16th out of 63 finishers. 1st in my age group (but also quicker than those in the two younger age groups below mine).

Got a feeling I will be facing tougher competition at the British Championships on June 8th.