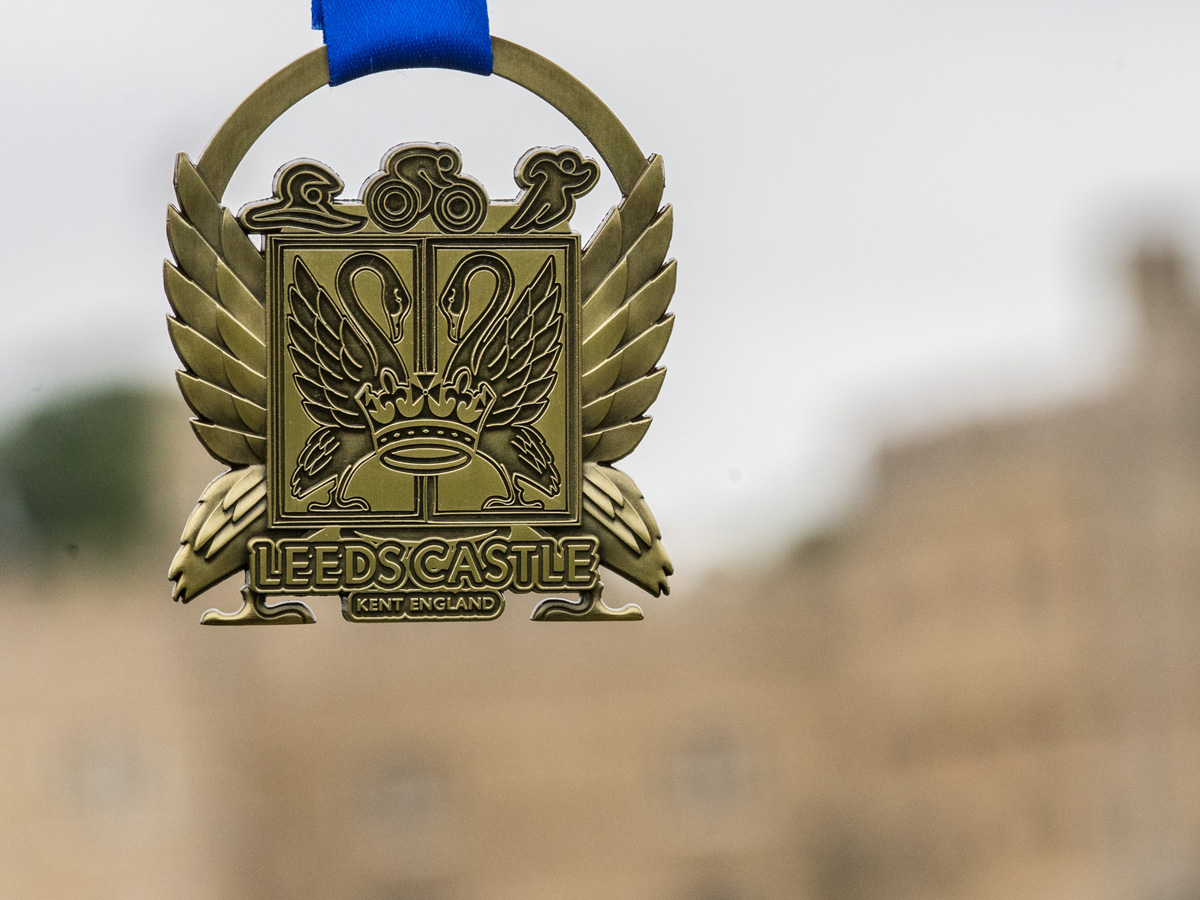 Historically England was a feudal country with well connected families taking control of different parts. To protect themselves and their assets from marauding neighbours they would erect fortified manor houses
or castles. Castles tended to be built on hilltops or surrounded by water filled moats to improve security. Image your surprise if you awoke and discovered wave after wave of people swimming round your moat.

This is what happened on 29th June at Leeds Castle in Kent, but this was a triathlon not an invasion. (I don’t think anyone tried to scale the ramparts!)

You lined up in the start pen according to your predicted swim time – ready for a “beach” start, then ran into the water and started to swim straight towards the castle. A series of buoys guided you round the
back of the castle, then through the stone archway which links the two parts of the castle. Once through the arch, further buoys took you back to the “beach” exit. What a great experience!

A barriered route across parkland took you to the transition area. Hopefully you had been organised enough to leave your bike in the correct gear, otherwise, you would have struggled leaving transition as
you went straight uphill.

Once on the public roads, the course was a straightforward “out and back” route – gently undulating. This is race organiser code for “has some hills, but not too severe”. Returning to the castle grounds, the route skirted the edge of the lake. 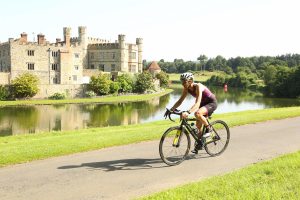 The usual residents(ducks, geese and swans) had made a hasty exit to quieter waters, but you had to be wary in case one of them had made an unscheduled return to
the road. Once past the lake, you had to judge where to remove your feet from you cycle shoes as it was uphill to the dismount line.

As you ran out of transition, if you looked to your right, you had a beautiful view of the castle. This was described by Lord Conway in 1913 as  “The loveliest castle, as thus beheld, in the whole world”. The run route took in many of the castle grounds and was picturesque. Unfortunately, you only noticed this on the second half of the run. The first 3K contains the most testing of the hills and you were just trying to keep moving. The last 2K was better except for a cheeky little incline up to the finish line.

Before the race, my husband (whose start time was 10 mins prior to mine) threw down the gauntlet and asked me what I would say as I went past him on the bike section. I replied that this was ambitious, but I hoped to catch him on the run. Despite my best efforts I didn’t manage to catch him, but was rewarded with an age-group win and finished 9th female overall.