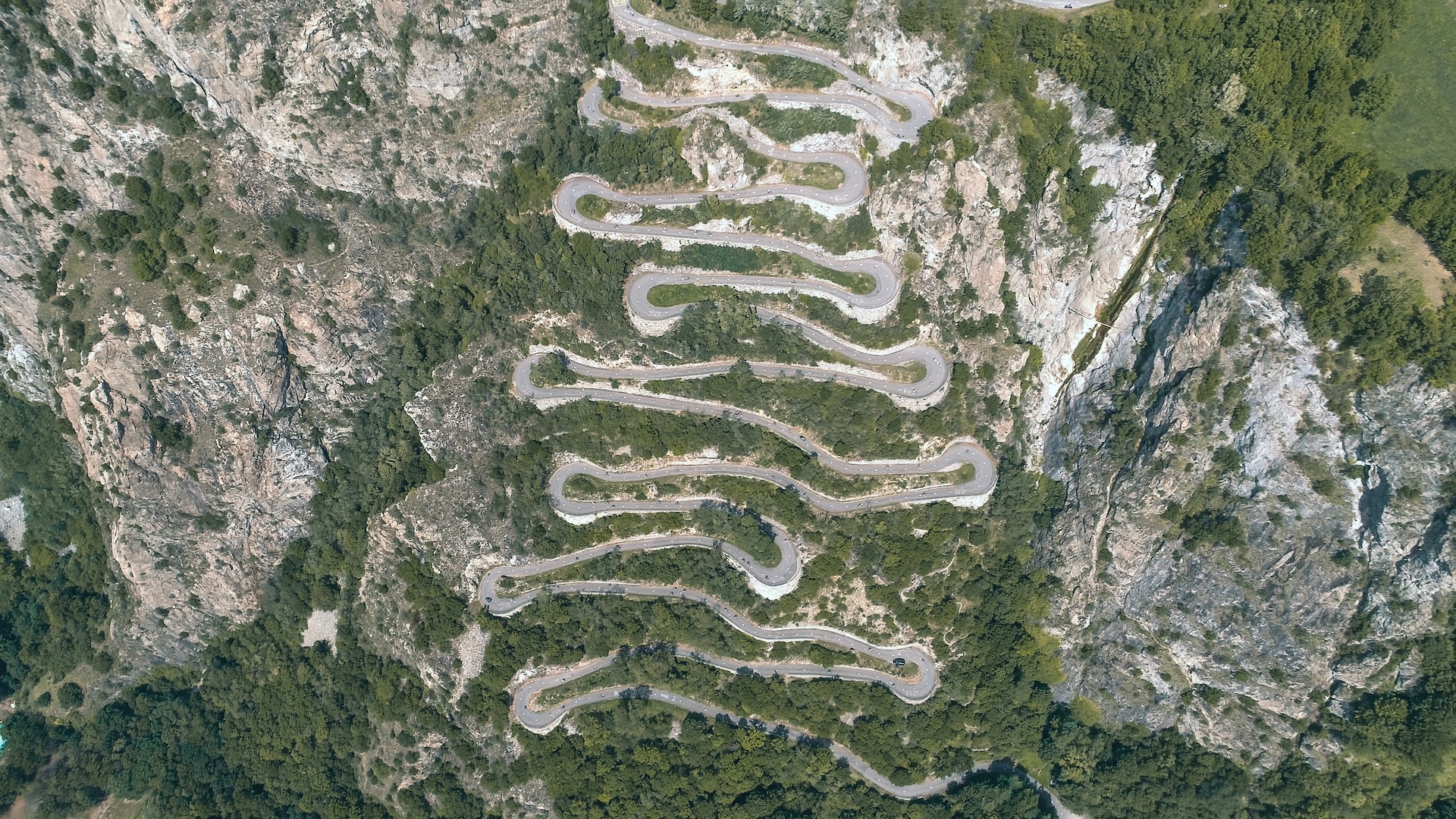 Going out on a high or at least an uphilll…

People often say that a change is as good as a rest when your mind & body starts to become a little bit unfocused & & feels a bit broken.  Well, I believe that I have now arrived at those crossroads after having had a lifetime of non-stop training/racing, but do I choose change or rest – or even both?  Anyone who loves this sport, or any sport, will understand what I am trying to say.

In my childhood/teenage years it was all about the bike, i.e. cyclocross, road races & time trials, because that is what my father did, but then in 1997 I discovered Triathlon & found that I enjoyed the variety the three disciplines gave me all in one race so I worked hard to improve my swimming & running.

Then one day in 2000, or maybe even 2001, after a race at Littledown, a good friend introduced me to Scott & Di where I had an informal interview (thank you Pete) & was lucky enough to be accepted into their small but perfectly formed Synergie Coaching team & although I can’t quite remember when I first raced in Synergie colours, I know that I have represented them for over 20 years & have been proud to have raced in their name ever since.

Anyone who knows Scott & Di will know that their many years of hard work & passion for the sport speaks volumes as they are highly respected in their respective fields.  Their many accolades continue to grow with their continued quest to learn & develop the ever changing facets of the sport they love, so it goes without saying that they have been wonderful mentors to me &, with their guidance, I have been able to achieve so much more than I would ever have imagined possible.

My first IM was in 2003 which was hosted by the Black Country Athletes & called “The Longest Day”.  I went back the following year for a rematch.  Next came IM South Africa in 2007 & then the inaugural IM Wales in Tenby in 2011.  Just lately though I wanted to see if I had one more IM in me so I did “The Lakesman” in 2022.

I have also been very proud to wear the GB vest 6 times which, as anyone who has tried to qualify for these races will know, isn’t easy to achieve:

But riding & racing in the high mountains of the French Alpes has been one of my favourite highlights.  It started with the mythical mountain – the Alpe D’Huez Triathlon – in 2011.  The TDF was also going up it that year so we had a wonderful time there.  Then the Alpe D’Huez Triathlon beckoned me again in 2015 & 2017.  But not only doing the triathlons, but to ride up some of the most iconic & awe-inspiring mountains in the area – the Croix de Fer, the Glandon, the Lautaret, the Telegraphe, the Galibier, the Granon, the Izoard plus other smaller mountains whose names I can’t remember.

Now you are probably wondering where the “Going Out on a High” comes into this narrative.  Well, having read an intriguing article in 220 (I think) last year, whose imagery & description really tickled my taste buds, that I couldn’t think of better way to bow out of triathlon than by doing this one.  The Madeleine Long Course Triathlon.

This race packed a big punch with a lot of the climbs that I’ve already done but new ones too like the Lacets & the Mollard.  But what became even more exciting was discovering a few months before we left for France that the TDF was going to be doing part of the course too so I was able to reccie it from afar in my armchair.  Obviously I did a proper reccie when we got there so I knew that it was going to be an epic day’s racing, the highlight being finishing at St Francois-Longchamp which is situated about 8Kms from the summit of the Col du Madeleine.  Needless to say that a few days after the race I rode it again – all 2000mtrs of it, so like I said above – GOING OUT ON A HIGH

Finally, I’d like to say a big THANK YOU to my wife Nikki because without her, none of the above would have been possible 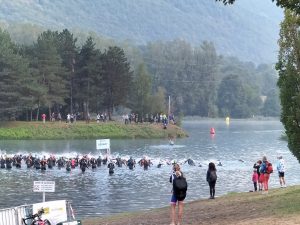 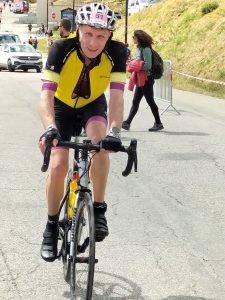 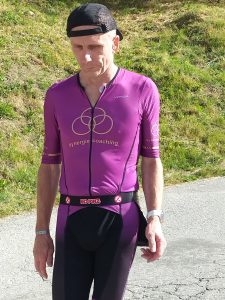