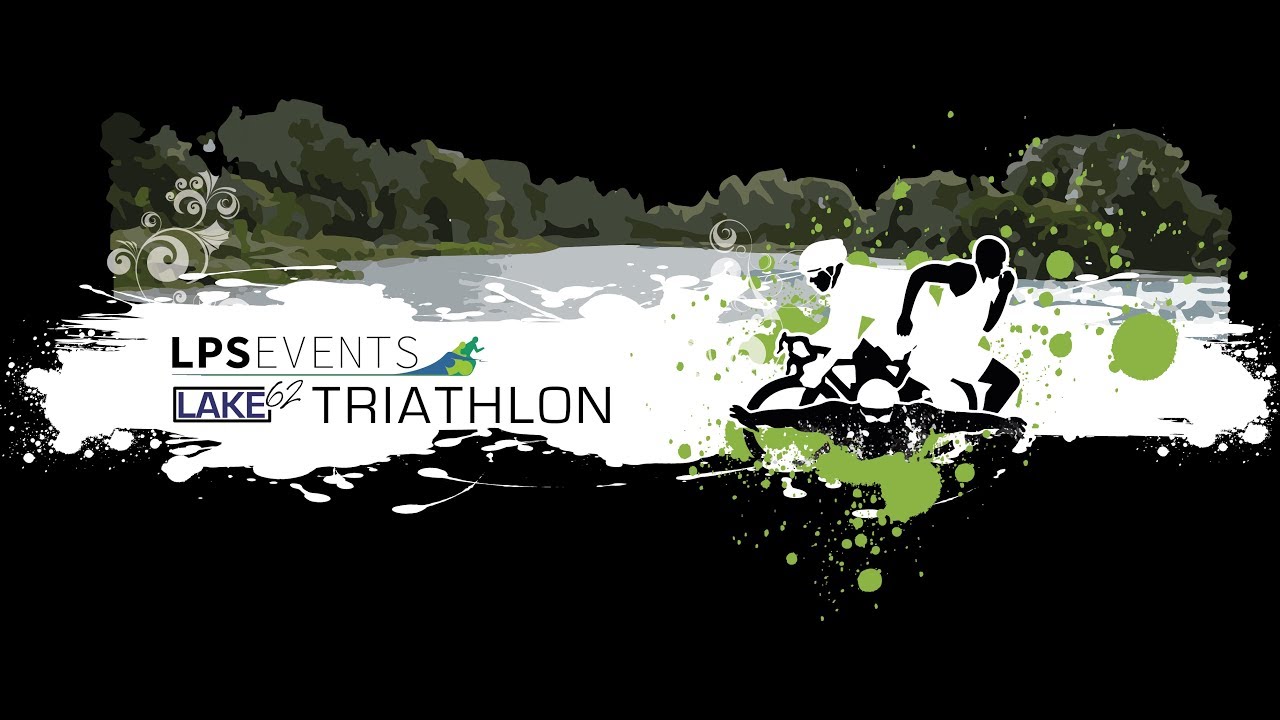 This was another new race for me.  I did my normal thing of my usual Saturday morning swim at Ringwood before coming home to pack.

This was also the weekend of the severe gales that swept across the UK, felling trees down left, right & centre.  So the organisers, LPS Events, for safety reasons, changed the bike course, also they had to change the swim.  This was nothing to do with the weather but due to the weeds growing up around the course.

We checked into our B&B then headed off to do our usual reccie but only to be stopped in our tracks by a massive Oak tree across the road leading up to the car park.  Not knowing the area, we had to do some serious re-navigating to get onto the bike course.

As I wasn’t in until after 9am, we didn’t have to get up really early.  However, when we drove to the car park the big tree had by now been cut up & cleared away from the road.

The swim was now a 3 x 500mtr lap swim & there were lots of waves so there were small(ish) groups in each wave.  My first two laps went well but just as I was coming round the last buoy to start the third lap, I heard the starting hooter so had a look up to find myself behind the next wave.  So I spent most of my third lap dodging & weaving around other competitors (no Di, I won’t swim over them all as there were just too many of them)

Into T1 & then out on the now three lap bike course & as the course had been changed slightly, it was also a bit shorter in distance.  I had a couple of rain showers to contend with but the main issue was a local steam engine pootling along the road causing chaos, but otherwise the ride went very well. 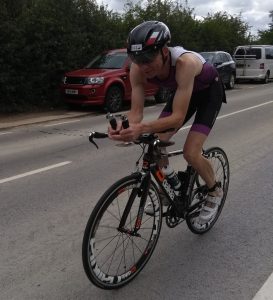 Into T2 & onto the 6 lap (never done a 6 lap run before) around the lake.  In our Race Briefing the organiser said that the run was between 9 & 10K, which is quite a wide window.  Also the organisers had been advising that it was essential to bring the right footwear so I did a reccie of the run just before the start & decided to go with my normal run shoes.

Anyway, the first two laps seemed to go well then a young lady overtook me (Scott & Di, you know her a Rosie Weston) & boy did she put me into the red for those last few laps.  I managed to hold onto her for as much of those laps as I could, but she got away from me in the last 400mtrs. 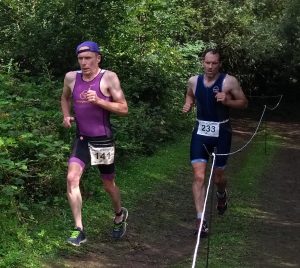