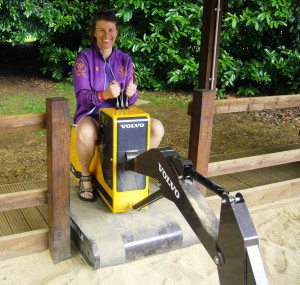 The coaches got a chance to get put to play; here is Di & my account of the Bowood House Triathlon. Check out the photo album in the gallery.

The opportunity to race at Bowood House was too good to ignore so we entered and set about starting training pretty much from scratch. Early morning swims, moving to the Trek from the Genesis mountain bike and riding on the road and running ensued. We even threw in some bike to run brick sessions which fortunately did not put me off racing for the first time in about 6 years! And sea swims added to the mix too.

The washing machine was treated to lots of training kit to clean which weirdly made me smile. We even tried out the Synergie racing kit , leaving nothing to chance on race day.

Race day dawned with a respectable alarm of 7am and a bowl of porridge, ground almonds and banana…food of gods! We set off for the great race start time of a civilised 12.00 pm! Registration went well with some great feedback about the team kit’s look.

Transition was set up close to the house at the top of a hill with the lake at the bottom…so now it was a swim, 400m run, bike , run!

The race briefing was delivered well with the emphasis being it was your responsibility to count the bike laps.

The all womens wave entered the water and no one wanted to put themselves on the start line, all preferring to hang back…so after a little encouragement to my fellow competitors 3 of us got in between the start buoys. The swim was enjoyable with all right turns round the 750m course . Bubble bubble breath was my focus and sighting as much as possible to maintain straight lines and stay on course. I kicked from 200m to go to the finish to ensure I could stand up on exit. The wetsuit was off before the daft hike to T1.

Transition  was ok with no distractions from extra kit to consider. I got out onto the bike course and used the first lap as a recce and worked out the corners and the aero opportunities. But unfortunately my bike computer fell off in lap 2 ish ( I think it was lap 2). This was a problem as I then spent the rest of the bike leg second guessing myself and I got it wrong and got off a lap too early!

T2 was fine and the legs held up so the bricks had done their job! The run course was spectacular with a run around the grounds taking in the woodland, a waterfall and caves! I managed to count the 2 laps and thank all the marshals . Finished with a huge smile on my face and I had really enjoyed the race, particularly the swim .

However on seeing the results I immediately knew I had not completed the course and I contacted the organisers to let them know so I could be disqualified! But it was my own fault so the lesson for me is learn to count and don’t just rely on technology as it can fail you.

But I think I quite like this triathlon stuff and may try and complete a course later in the season!

I would recommend this race to you as it is a great course, in a beautiful setting and a very friendly atmosphere. Still smiling!

Shows you how long ago it was since I toed the start line of a triathlon race as I can’t actually remember when it was but I think it was a sprint race in 2010 and the one before that was 2005 when I was part of the team that won the World Corporate Games in Zagreb. Although I did do the Rat Race Weekend Urban Adventure in London in 2011. So it’s fair to say that I was well rested but maybe a little bit rusty.

Even at past events when well trained I am someone who starts on the back page of the results to find how close to last I am. So now I tend to choose my races for the experience and the fun.

Last year I saw the advert for the Bowood House triathlon and the fact that on the run you got a chance to run past a waterfall and thought how often do you get a chance to do that in a race. Unfortunately real life stuff meant that I couldn’t get to the race in 2013 so pencilled it on for this year as I managed to negotiate some time off work.

The team at Events Logic UK have scored a real coup by gaining access to Bowood House; the house allows triathletes two days in the year to come and play. On Saturday the racing was headed up by the Inter-Regional Championships with some of the region’s top youths & junior racing. I managed to get time off to do the Sprint Triathlon on the Sunday.

It was about a 90 minute drive to get to the race venue and you had to be on site about 90 minutes before your wave start to register, so with Di’s wave going off at 12 & mine at 12:30 it was a pleasant morning rather than the usual daft o’clock start.

The swim was in a fresh water lake and although not crystal clear there was no after-taste…it was a 750m swim and I managed to get around with no issues or stopping. Despite increasing my kick over the last 150m or so when I got to the water exit ramp there was still some considerable light headedness! At the water exit I stepped to the side in order to get the wetsuit off as close to the exit as possible as it was a long drag uphill to the transition area. Due to the oxygen debt from the swim exit I had to walk/run up to T1 so that took about 5 minutes.

The bike was 7 x 3km affair on an almost square shape loop; one side had a cross wind coming off the golf course and the event’s team did a great job boarding off the speed bumps; a 180° turn saw you enter a faster downhill section where I maxed out around the 46-48km/hr before a longish drag back up to the transition area. Knowing my ability on multi-loop courses I had popped the bike into Richie Hilton-Foster and the guys at www.ridebike.co.uk to get a new speedo & odometer so I could make sure I tracked my ride. Felt as though I had to work hard on the bike, harder than I thought I would although when getting the bike back out of the car at home it appears that I had a slow puncture whilst on the course as the front tyre was flat.

The run was a two loop affair so I got to run past the waterfall and into the caves on two occasions which was pretty good, not so good was how many uphill sections they managed to squeeze into a 2.5km loop! Again pleased with the fact I got around without any walking, so all good on that front.

Overall pleased with my effort, always want to be faster but loved the venue, the event & the day.