I first did this race back in 2000 so was looking forward to doing it again.  Obviously it has changed location due to the Pier’s refurbishment, so it is now located on top of the West Cliff. No-one was allowed to arrive on site super-early, due to current circumstances (up yours Corona).  I was due into the sea at 8:04:20am so arrived into Transition around 7am.  Everything went nice & smoothly.

At the swim start, DC & Marvel greeted me & I discussed with them whether it would be wet suit on & no shoes to run up to Transition via the zig-zag or wetsuit off, shoes on.  They advised me to do the latter.

Swim start was slightly different as we went off individually at 10sec intervals, which was quite pleasing as it took away the hustle & bustle of a normal swim start. The swim was a 1500mtr one lap (although people were saying afterwards that it was a bit short, which I have to agree with). 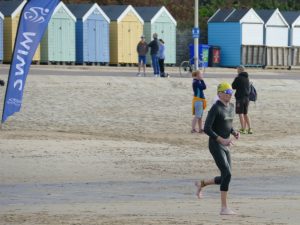 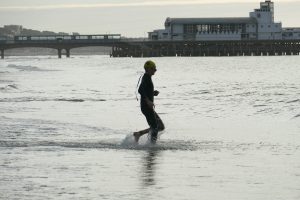 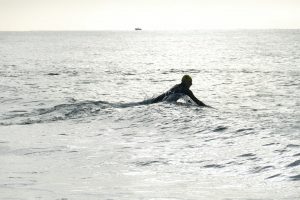 Out of the swim, wetsuit off, shoes one & up the zig-zag to T1.  This indeed made life so much easier. 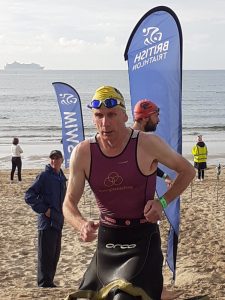 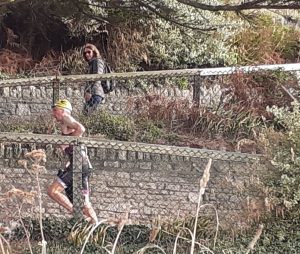 Then out onto the bike which was to leave Bournemouth on the A338, turn straight up to Ringwood then head back to Bournemouth which was mostly all dual carriageway.  It sounds a bit boring, but I thoroughly enjoyed it.  It bought back memories of my teenage time trialling days.  I managed to overtake a few riders on the way up & on the way back so that kept motivation high.

Into T2, & had another good transition (I haven’t lost that skill then) but the next phase of the triathlon is where things aren’t going so well.

I know that I have had a lot of time to practice, but it is not where it should be.  I descended down the BIC hill but didn’t go mad as it is quite steep & I didn’t want to blow the quads however, once I was on the promenade the course is all flat & we had to head all the way up to Sandbanks & return. 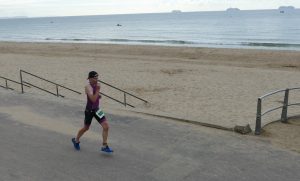 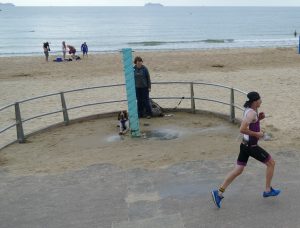 On the way out on the run I had someone who I could target.  He wasn’t getting away from for the first part of the run but by the time we had got to the turn around point he was slowly coming back to me.  I managed to catch him 200mtrs after the turn.  I had to do a little bit of dodging & weaving through all the locals walking along the promenade but other than that I felt that my running was good (but the time says differently).

Conclusion – yet again, I really enjoyed the event.  My only disappointment was the run time