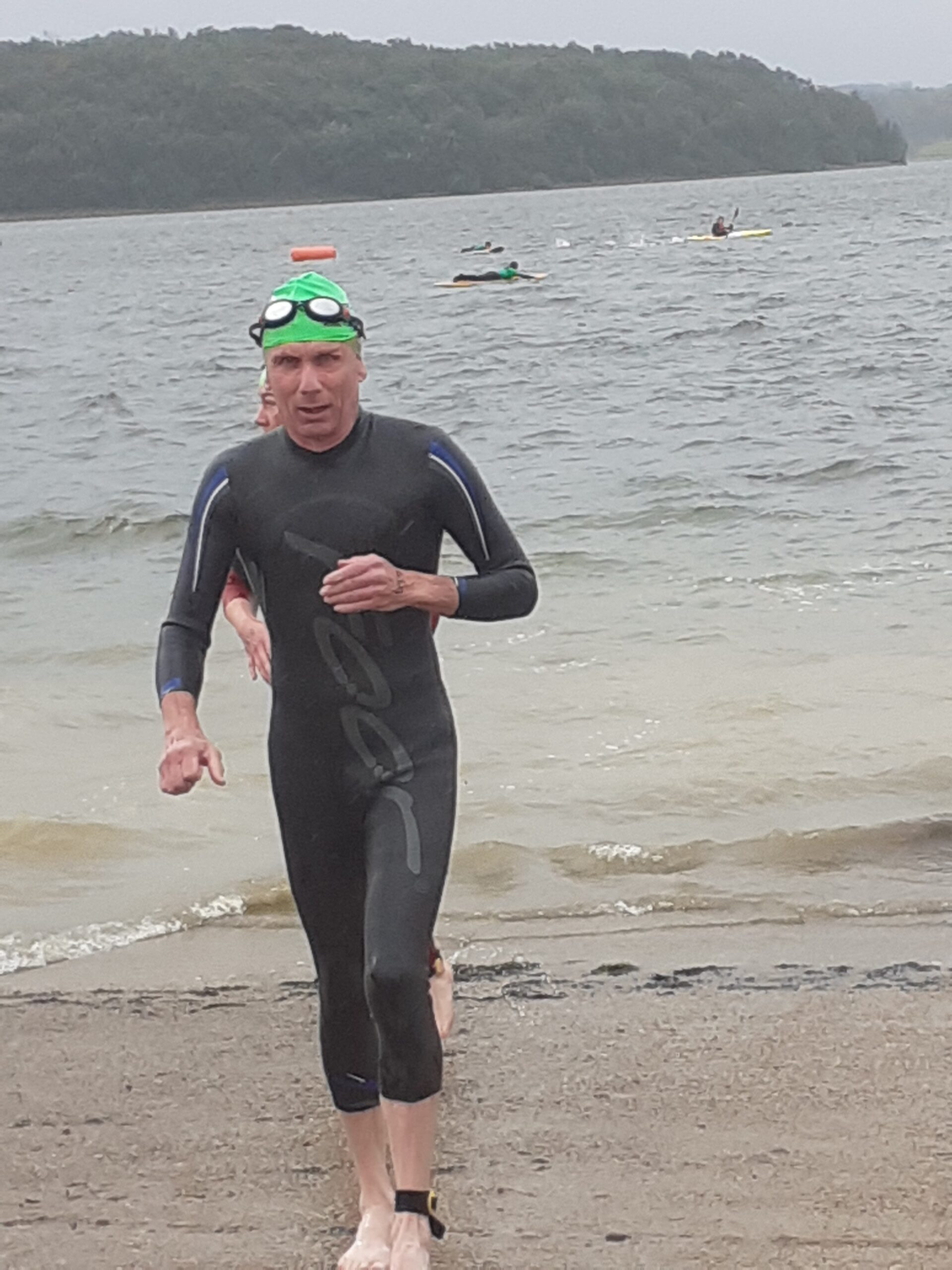 Big Swim at the start of a Big Weekend for Gra

Another venue that we hadn’t been to before so we thought that we’d make a weekend of it & we travelled up to Kent on Friday afternoon & stayed in a lovely B&B in Etchingham, East Sussex, which was about a 10min drive away from the reservoir.

The last time that I had swum 3.8K was in September 2011 so I was a little bit apprehensive regarding the distance. Anyway, the swim start was by 7am so we had another early morning alarm call, but it was nice to just carry a small bag & not a bloody great big one to the race. I then went to the lakeside to register.

The weather conditions were very windy & on the cool side with the wind was blowing from the right, which was causing quite rough conditions on the water. There had also been weather warnings issued of storms arriving that morning so the organisers were keeping an eye on any sign of a change in the conditions just in case they had to evacuate everyone from the reservoir. Coach 2 was also on lightning alert. That said, I entered the water only to find that it was pleasantly warm & although wetsuits were not mandatory the majority of swimmers opted to wear one. 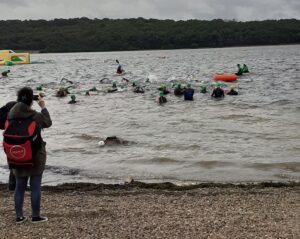 The race briefing outlined the direction the swimmers had to go & the organiser pointed out the buoys that were positioned in the appropriate places which made a very long rectangular shape, however because the water was so rough, whilst you were swimming you couldn’t see the two turn points as they really weren’t tall enough & the middle ones which were there for guidance were laid down flat, so you couldn’t see them at all either. 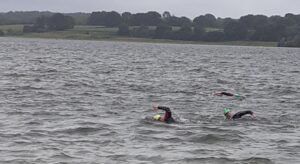 Anyway, off I went on my four lap adventure & managed to go in a relatively straight line in the direction of the first turn buoy (Coach 2 said people were going every which way because of sighting difficulties). The hardest part for me was the return to the shore as the wind was blowing on my left. It didn’t seem as bad as you would normally get in a rough sea, but it was a consistent pounding on the left hand side. Anyway, I just continued my swim & in the end it didn’t seem to be too bad distance-wise. 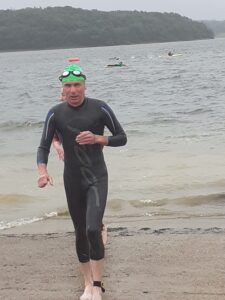 On exiting the swim I realised that it was absolutely chucking it down with rain & Coach 2 said that it had been raining for pretty much for the whole of the swim.