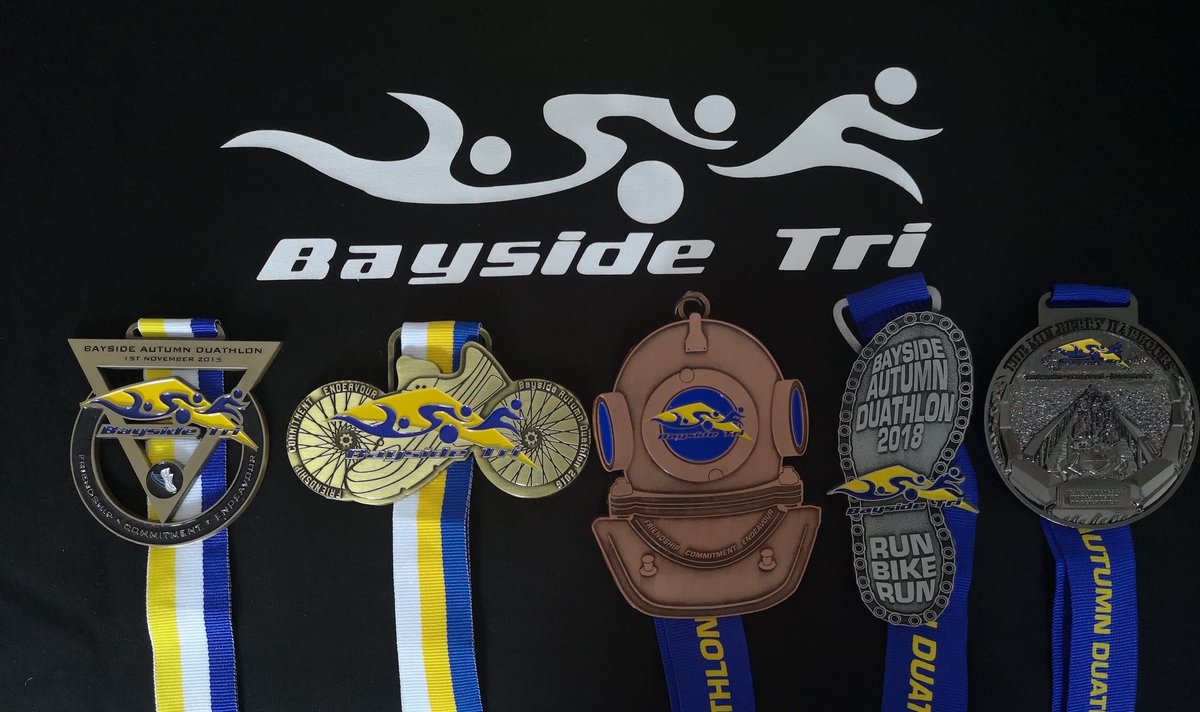 This race came about because two people I highly respect as athletes (no names, no pack drill as I don’t want their heads to get any bigger but in this instance I’ll call them KJ & AB) had convinced me to race against them.

It was a windy, chilly day &, if I remember correctly, rain was forecast for later.  It was also an 8am race start, so we were up a silly o’clock. What we found to be quite difficult was to reccie the bike course in the dark.  However, we didn’t do a bad job as we accidently fell onto (not literally) the turnaround point for the super sprint course which was also part of my bike course.  We also discovered that it was a very technical bike course, so we were very glad that we had done it as it wasn’t something that I would have liked to have gone into blind.

I headed off onto the first run & Coach 2’s advice as I lined up was “this is your race, not theirs”.  So with that in mind, I let them go off at the start, although I did find that I was holding my own with them only a few hundred metres ahead of me.  The run consisted with a run along the seafront, then a two lap loop at the furthest point of the run course & then we headed back to transition.  I still had the two of them in sight but messed up T2 a little bit by putting gloves on & then tried to clip my helmet on.  Note to self – remember to do it the other way around next time.

As I left T2, Coach 2 shouted at me to get a move on because they were by now way up the road & they were no nowhere in sight.  So I committed full gas for at least two miles & eventually managed to pull them & a few others back.  I managed to have a slight rest & then decided to blast past them.  I then, annoyingly, had to stop at some traffic lights which is when KJ passed me as I was setting off again.  I climbed the one & only hill on the course, which is where we entered the country lanes, only to find KJ pulled over on the side of the road with a puncture.  Now I only had to worry about AB.  I continued on with the rest of the bike & headed into T2.  This is where I knew I had to try to keep him behind me on the second run, which was a repeat of the first one. 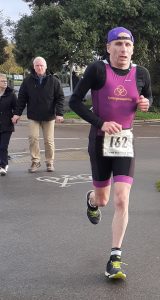 I managed to catch two other people who had overtaken me on the bike, which was pleasing, but I was still running scared that AB might catch me but, to my pleasure, he didn’t.