Synergie Coaching > Athlete Race > And now for the triathlon… 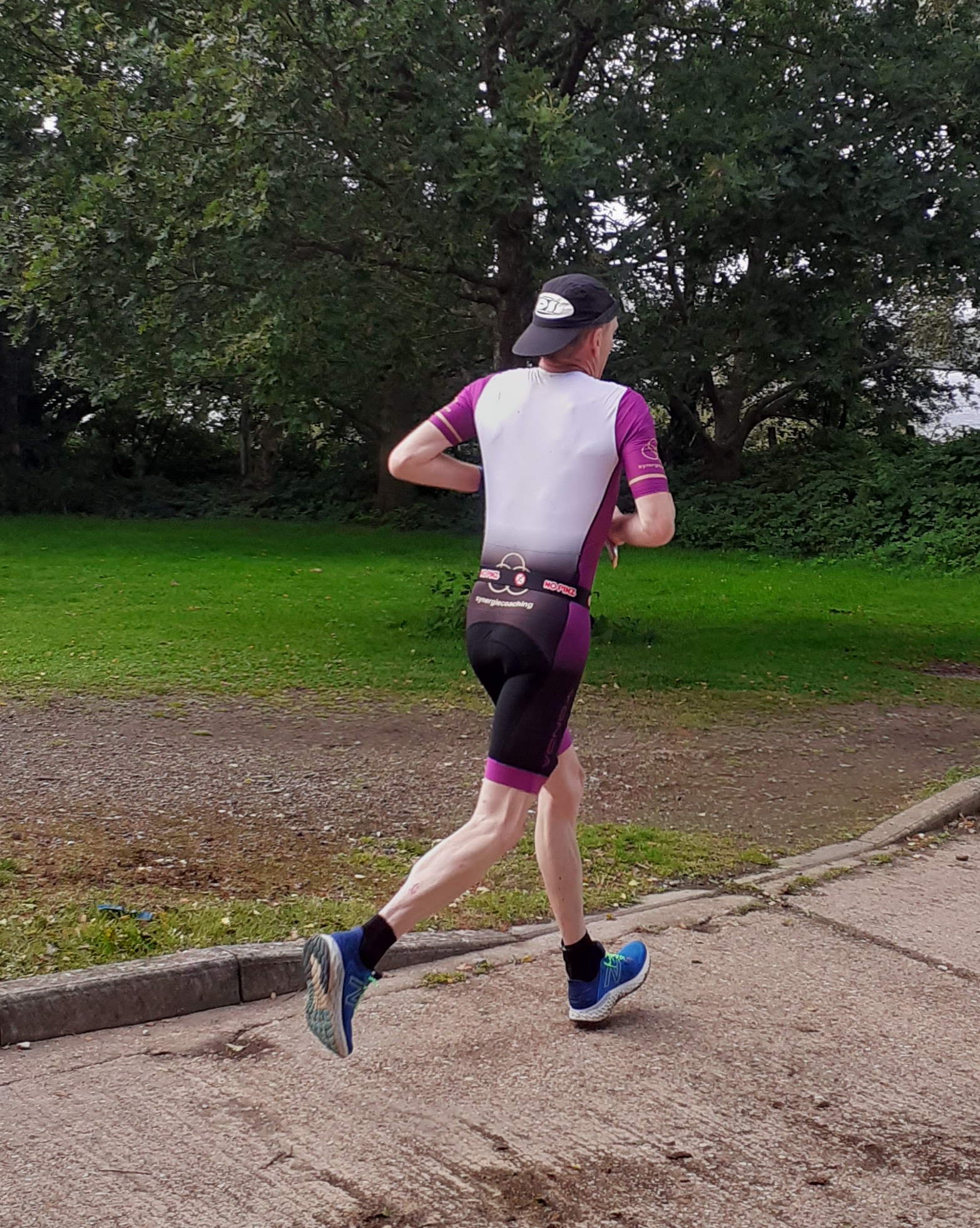 And now for the triathlon…

So going back to Saturday morning, after the swim we did a reccie of the bike course before heading back to our B&B.  Where the weather the was so bad, we named part of the course “crappy alley” because of the deep descent, potholes, tight turns & then to top it all, when we reached the end of “crappy alley” the road was flooded & a tree had fallen which blocked the road, but we were lucky as there were two tree surgeons on the case so we weren’t held up too much.  We then went back to the B&B & spent the day relaxing cos the weather was again extremely wet.

Going back to Sunday’s race, it was another early start with the race starting at 8:15am but we had to be on site before 7am.  This time we had to park in a field which thankfully wasn’t muddy (which was amazing considering all the rain that we’d had) & we managed to park near the exit gate anyway.  This though meant that we had quite a long walk to registration & transition.  As we were there early, I had enough time to do a reccie of all the ins & outs & also run the start & finish of the run section.  We then had quite a long walk from transition down to the swim start.  The waves were split into four:  Sprint females, Sprint males, Olympic males & Olympic females.  This was my first mass start since 2019.

This time the swim was a two lap swim but the reservoir was still quite rough.  My own thoughts were that it was a little bit rougher than the swim the day before.  I had a bit of a nervous swim start as I got beaten up a little bit, but managed to get settled in but yet again I struggled with the return leg.

Out of the swim for what they said was an 800mtr run to transition, so after exiting the swim put my run shoes on & carried my wetsuit over my shoulders.  The run was up a steep grassy climb, turned right & follow the road into transition (I reckon it was closer to 1K or maybe I’m just running slow). 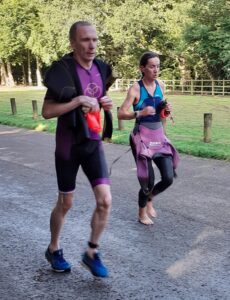 Into T1 & then out onto a two lap 40K bike ride.  The first issue was getting out of the park as it was down a dirty, muddy, wet single track lane which was more like cyclocross than a road section.   Then out onto the proper course.  It had some fast sections & some undulations & quite a good descent where I could reach up to 40mph & I still had “crappy lane” to contend with, but having done the reccie on Saturday I knew where I could commit & back off.  Luckily there was no flood, jut a big puddle & no sign of the fallen tree & the bike ride felt OK.

Into T2 & then out onto the run which was a four lap out & back along the reservoir wall with a good descent, but with the same climb every lap coming back.  This was one of my worst ever runs for many years.  Nothing seemed to be going right.  I actually stopped at the end of lap 2 to stretch everything out & had a chat with Coach 2 regarding whether to carry on or stop, but having never pulled out of a race before we decided to carry on.  I got the job done, but was just a little bit grumpy at the finish ☹ 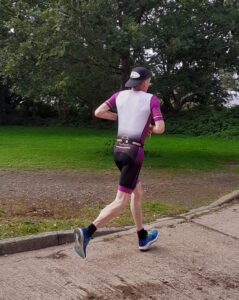