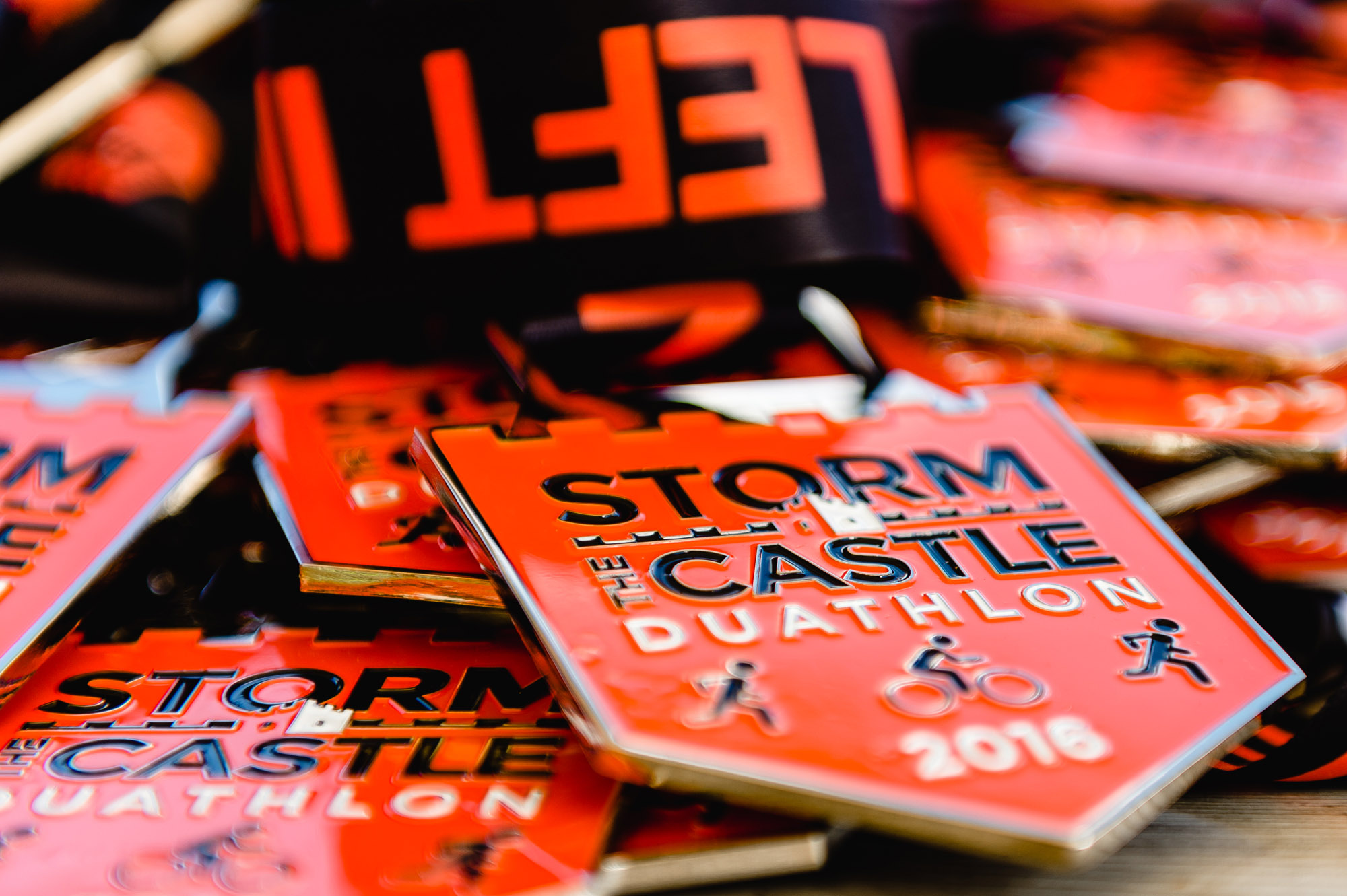 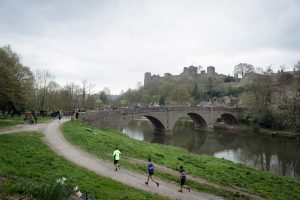 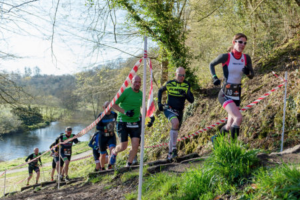 Bear in mind that even duathletes aren’t that fond of duathlon, so no idea why Gra thought this would be fun…

I am just trying to keep this season different so I decided that I’d do a duathlon for a change.  Yes I know – a triathlete doing a duathlon!!! Anyway, the last time I did one was back in October 2011.

We travelled up to Ludlow on the Saturday but before that I did my usual Saturday morning swim session at Ringwood & we finally arrived at Ludlow around lunch time.  I then went & registered, which was in the local brewery so Coach 2 was happy.  We then had a saunter around the streets of Ludlow where we came across a proper local market, which we both thoroughly enjoyed & a olde worlde hardware shop which was like an Aladdin’s Cave.  There is a lot of history around here & a wealth of historic buildings.  We then headed back to the brewery to collect the car so that we could reccie the bike course which had about 3 miles worth of climbing throughout the course.  The only downside was the road conditions as there were shedloads of potholes – not to self “please be careful”.  We then headed back to the hotel.  The weather forecast was for heavy storms overnight, which Coach 2 was looking forward to as she just loves watching the lighting however, we were extremely disappointed as the storms completely bypassed us.

Sunday morning arrived relatively warm but very cloudy.  The thing that attracted me to this event was that they were claiming that this was the toughest duathlon in the country, which included the “lactic ladder” & was voted “Best Race for under 500 entrants” by 220 in 2017, so I was really looking forward to this race.  Transition was in the Rugby club & it was also very easy because there was no swim gear.  In fact, when we’d packed up the car & were heading to our destination, we kept thinking that we’d forgotten something because the car look so empty.  It’s amazing how much space a wetsuit takes up!!!

The race was started in Waves & I was in the last Wave as I was a first-timer.  A brief description of the run course is that it is two laps with multiple climbs which meant that I had to climb the lactic ladder twice as well as the wall up to the castle, which was so steep that I thought that I might have to get the crampons out to get up there, on the first run. 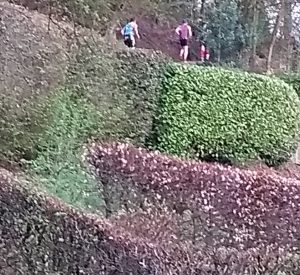 As for the lactic ladder, the way I ran it was small steps which meant that I trotted up it slowly with even pacing.  At lease three people came flying past me & when I got to the top they were at a complete standstill so I just ran straight past them. 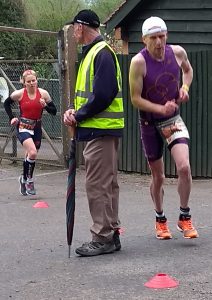 I then headed off on the one lap bike course & didn’t go that mad at the start because my quads were a little bit upset with the amount of descending I had done on the first run but I soon got into the swing of things & was overtaking people left right & centre (not literally).  Happy days!!!  As well as the climbing there were also some fast descents, one of which topped out at 42mph.

Into T2 & out onto the second run which literally mirrored the first apart from one of the out & backs however, I still had to climb up the lactic ladder as well as the wall for another two times.  I was still running OK with all things considered & when I had crossed the finish line I was announced as a Peasant as I had successfully “Stormed the Castle” & “was in ruins” – I have the T-shirt to prove it. 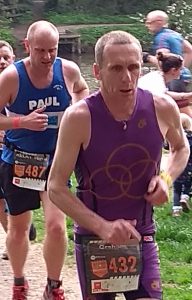 My splits for this race are:

PS:  I have to say that this was probably one of the hardest events I have done & it wasn’t until Thursday morning that my legs had finally recovered…