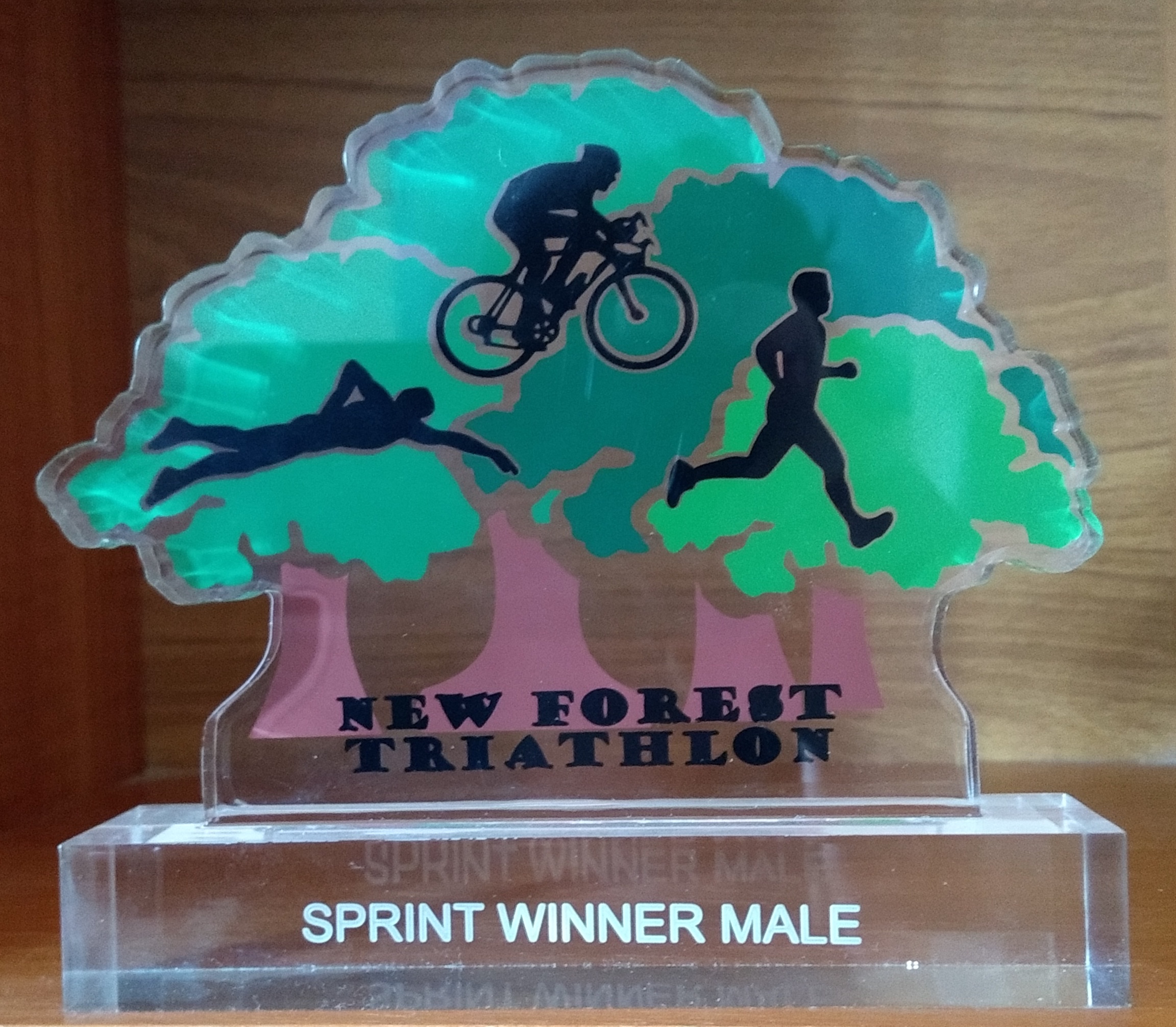 With his legs recovered from all his Stormin’ Gra decided to venture back into triathlon.

We had a nice (!) early start for this one, i.e. 3:45 even though this is a local race for us.  This was because Coach 2 had to be there for 5am for marshalling duties.  The only positive for this race is that I had my bike racked & ready to go by 5:15 & the race didn’t start until 7am.

This race is different in that there are five disciplines for this triathlon as it is a mile walk to the swim start, run/walk back to T1 after the swim & then the usually bike & run bit.  So I headed off to the lake with plenty of time to spare & set up my wetsuit bag & run shoes by the lake in what was called the “Shoe Zone transition”.  The lake temperature was a little bit bracing on the head, once I’d got in, but had a good 2-3mins to warm up.  The swim was a one lap, 400mtr(ish) swim & had no untoward problems as the sprint race was not the biggest of fields.

Out of the swim, wetsuit off & into the bag.  My arm warmers were already on under my wetsuit & decided to put some gloves on as the temperature was still on the chilly side for this time of the morning.  On leaving transition my dad told me I was in 3rd place so ran off to Moyles Court to pick up  my trusted steed for the one lap bike ride.  I managed to catch the youngster up who had led the swim out on the airfield & flew past him.  By this stage I had been caught & overtaken by a speed-demon who was never to be seen again but I did have a good battle with another chap all the way back to the School.

Into T2 & out onto the 5K one lap out & back run which was mostly off-road.  This can only be described as constantly rolling.  The gentleman who I had been battling with on the bike ran past me on the first climb but annoying he stayed about 100mtrs in front of me which annoying I couldn’t pull him back to me.  The only good thing with out & back course while racing is that you can see how far your opposition is behind you, in this case they were all pretty close & looked like they were closing so I had to work oh so hard on the way home, but managed to stay in front of them.

My splits for this race are: